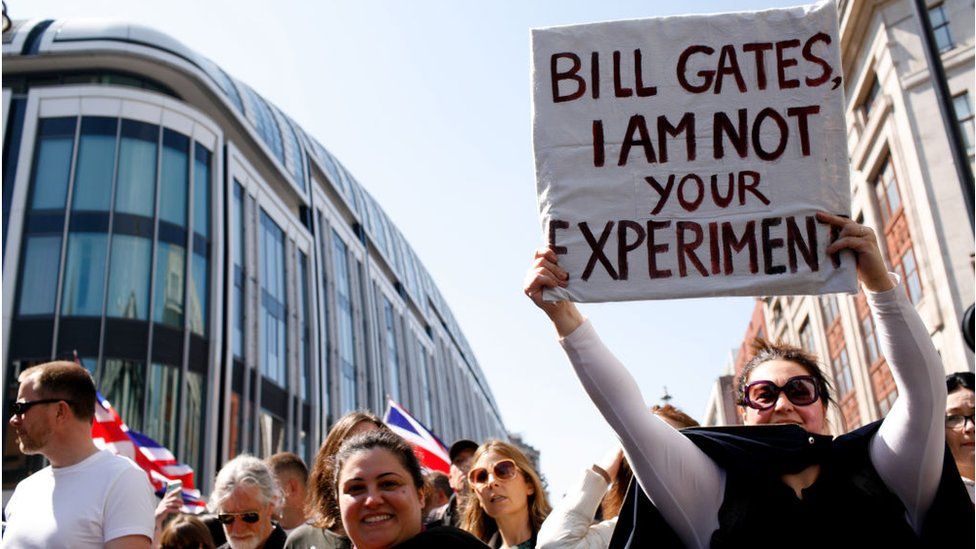 Angry Mob in London on Saturday called for Bill Gate to be arrested as they gathered outside the U.K. headquarters of the Bill & Melinda Gates Foundation as part of a larger protest against COVID-19 lockdown measures.

Videos circulating on social media on Tuesday appeared to show dozens of protesters outside the Gates Foundation’s HQ in the British capital. They can be heard shouting “Arrest Bill Gates!” several times. Other social media users who were present at the protest also said demonstrators had been to the foundation’s HQ on Saturday.

Gates, the founder of Microsoft and a multibillionaire, has been at the center of claims and accusations involving the COVID-19 pandemic and the development of a vaccine.


The protesters chant “Arrest Bill Gates!” repeatedly though it was immediately clear what crime the crowd may be accusing him of as he is a major investor in alot of vaccine producing companies. And is an outspoken fan of population reduction.

Meanwhile Microsoft co-founder turned philanthropist Bill Gates says he has been taken aback by the volume of “crazy” and “evil” conspiracy theories about him spreading on social media during the COVID-19 pandemic, but said on Wednesday he would like to explore what is behind them.