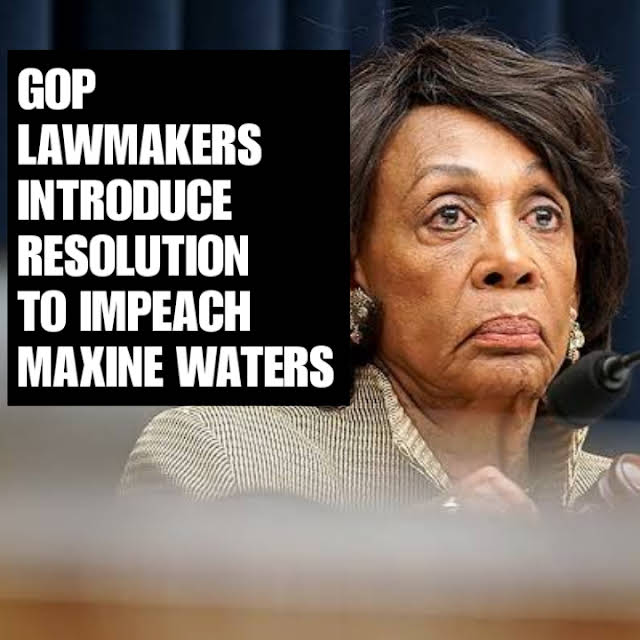 Maxine Waters—Who is the House Financial Services Committee Chairwoman—has paid her daughter tens of thousands of dollars more in campaign funds this year. Campaign finance records reviewed by Fox News show that the congresswoman’s campaign has paid her daughter, Karen Waters, a cumulative $74,000 in donor cash through September.

The last quarter alone saw over $20,000 go to the younger Waters, which is nearly a third of the median American household income in 2020, according to the Census Bureau. Waters’ daughter has received over $1.1 million for her work on her mother’s campaigns since 2003. In fact, the 2020 election cycle alone saw $250,000 funnelled to the House Financial Services Committee chairwoman’s daughter.

Rep. Greene in a statement on Sunday said that she will “be introducing a resolution to expel Rep. Maxine Waters from Congress for her continual incitement of violence.”

The Republican lawmaker specifically targeted Waters for speaking to protesters at a demonstration in Brooklyn Center, Minn., on Saturday. Protests broke out in the city last week after police fatally shot 20-year-old Daunte Wright during a traffic stop on April 11.

Waters told reporters on Saturday that she is “going to fight with all of the people who stand for justice,” adding, “We’ve got to get justice in this country, and we cannot allow these killings to continue,” Fox News reported.

On Sunday morning, two National Guardsmen suffered minor injuries when someone in an SUV fired at them while they were providing neighbourhood security in Minneapolis, ABC News reported. One guardsman was taken to the hospital for glass-related injuries, while the other’s injuries were described as superficial. It’s not yet known who fired the shots.