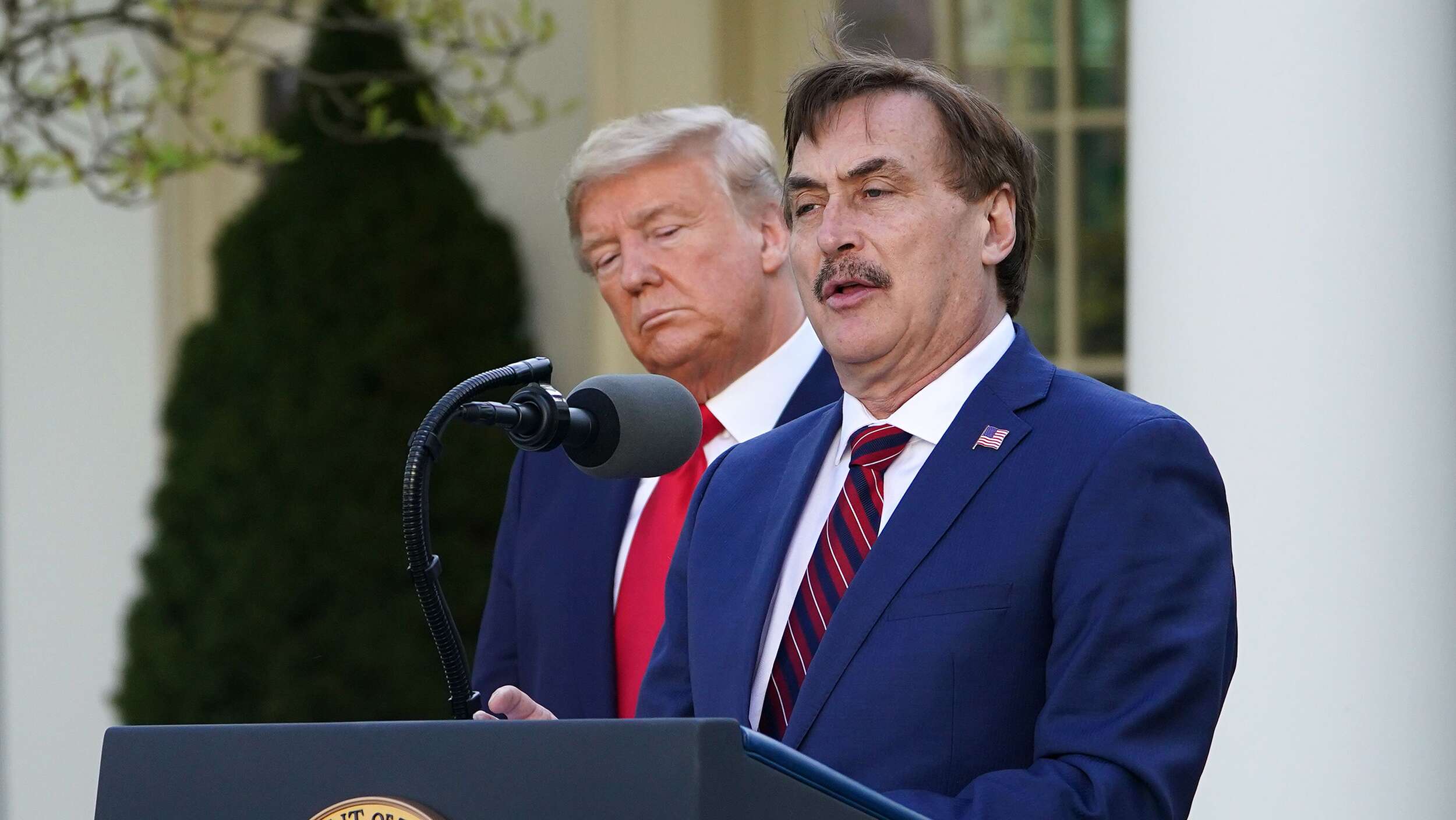 Breaking: Jan. 6 Panel SUED by Congressman Mike Lindell. While the establishment would love nothing more than for Mike Lindell to shut up and sit down, he’s a combatant more than willing to ignore and stand up for the elites in the D.Swamp, and what he believes in. Now his refusal to go quietly into those good nights is in the news again.

Rather than comply with the Pelosi-dominated Jan. 6 panel and send her phone records and other personal information to partisan hackers, she hit back and is suing the Jan. 6 Commission for subpoenaing her phone records. This counterattack was launched on Wednesday, the deadline for filing lawsuits in court.

The CEO of MyPillow is using the lawsuit to prevent the panel from keeping his personal phone records private by voiding the commission’s subpoena that would oblige Verizon to release his phone records by November 2020 through January 2021.If he wins, not only will he protect his personal information from a gang of vengeful partisans, but he’ll also stick a massive finger in Pelosi’s eye on the eve of her much-anticipated retirement.

The lawsuit, filed in the Minnesota District Court, provides useful background information about what the January 6 committee wants from Mr. Lindell (his phone records) and bases its request for relief on the idea that: Mr. Lindell […] associates with numerous other individuals, who may or may not be public figures, whose identity and connection with them are not publicly known and who wish to keep such contacts confidential.

Similarly, the next section of the lawsuit argues that with Mr Lindell, to support and inform his exercise of freedom of expression, political expression and religious expression intentionally kept their association with him confidential for fear of retaliation, harassment and suffering losses if your association with Mr. Lindell becomes public. In addition, Mr. Lindell wants to protect the confidentiality of those who send him help and information, so that citizens are not discouraged from sending him help and information in the future.

The lawsuit later backs up these claims by arguing that Mr. Lindell is a journalist and therefore has the right to protect the identities of his confidential whistleblowers. Aside from the First Amendment allegations, Mike argues that the subpoena violates his Fourth Amendment rights, saying that “[t]he subpoena is unenforceable because it violated Mr. Lindell’s Fourth Amendment right. Protection against unreasonable searches and seizures was violated.

In addition to arguments about his constitutional rights, Mike also argues in the lawsuit that the subpoena exceeds the authority of the panel, stating: The scope of the subpoena is too broad and too intrusive. It would force the disclosure of private communications between Mr. Lindell and others. with whom you have associated in pursuit of common political and religious ends, whether or not such communications relate to the authorized subject matter and purpose of the Special Committee of investigation. investigation and is not intended to further any valid legislative purpose.

Mike’s proposed exoneration, which the lawsuit makes clear is intended to protect the confidentiality of his whistleblowers and uphold the right to free speech, is far from unreasonable. Injunctive and Declaratory Actions to void the subpoena on various grounds and prohibit its execution. Alternatively, Mr Lindell will seek an opportunity to review the information requested in the subpoena prior to Verizon submitting it so that it may assert any applicable claims to attorney or other privileges before the information is presented to the Special Committee.

Despite the adequacy of his request for relief and his many potentially valid arguments about the need to protect the identities of his confidential whistleblowers, it remains to be seen how effective this lawsuit will be.