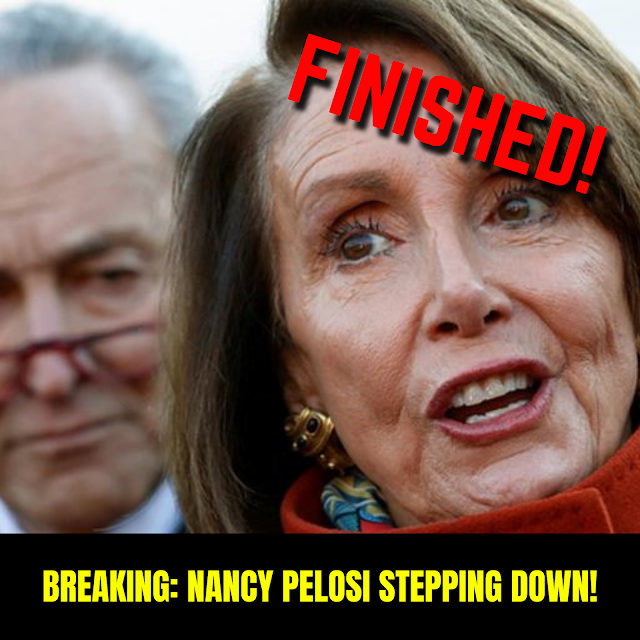 Since President Biden took to Office, Americans have been searching for that elusive good news, wanting to catch a break from all of the disappointment of the Biden administration which has been made far worse by Covid and the restriction imposed by Dr Anthony Fauci.

Finally, a glance of hope and relief of fresh air has presented itself in the form of discussions about Speaker Nancy Pelosi’s officially retirement before the midterm 2022 elections just months away.

Could it be just a political stunt or that Pelosi finally sees a gruesome end to her treasured career and is trying to avoid such an end, hence paying attention to the writing on the walls; that there may be a “crimson wave” come the midterm elections? Could she be “jumping ship,” similar to so many of her liberal friends in Congress? only time will tell.

But at the end of the day, one thing is for certain: Pelosi was bad news from day one. She is not a proud American and believes she’s above the law, considering her actions show as much on a daily basis.

After nearly two decades in Democratic leadership, House Speaker Nancy Pelosi is expected to step down at the end of this Congress, and Rep. Hakeem Jeffries is reportedly the new favourite to lead the party, according to The Washington Post.

Rep. Hakeem Jeffries of New York, the current chair of the House Democratic Caucus, is the favorite to succeed Pelosi when she steps down from her position, but a debate over who will serve in leadership has just started and may expose a gulf between progressives and moderates, The Post reported.

With a growing progressive wing of the party coming into its own, there may be a reckoning on how the party plans to counter the GOP, which is still overwhelmingly defined by the influence of former President Donald Trump.

California Democrat Rep. Ro Khanna said: “I think we want leadership that bridges some of the different ideological wings of the party, that is committed to listening to all of the perspectives, that will be capable of helping move the Senate or things that have stalled in the House, and has a bold vision of what we need to achieve for the American public.”

Nancy Pelosi’s lame reply on the subject matter yesterday was “Let the election decide”… Coming from someone who never wanted President Trump to see out his tenure in Office and was hell-bent on Impeachment, that’s rather double standard if you ask me